Our Salute our Soldier campaign started in 2013 from an idea sparked by the Bert Jacobs’ keynote speech at the IHRSA Convention in Marc h.  Bert is the co-founder and CEO of Life is Good Company and during his talk he spoke about a fundraiser his company did for a children’s charity.    This fundraiser was special and raised more than they imagined it could because they took it to the streets and created a visual that inspired and moved people who were not even aware of what was going on until they came upon it.  The visual inspired and the message moved more to get involved.

At Stone Creek Club and Spa, we raise hundreds of thousands of dollars each year for numerous charities.  We support a wide variety of causes dealing with Cancer, Parkinson’s, ALS, families with children with disabilities, animal shelters, schools, etc…  All of these are great events and worthy charities, but only the people involved with the events are inspired to donate or to get involved.  We are not moving people beyond the reach of the event.  This talk made us realize that we could do something similar for a charity along the road our club is on.  Take it to the streets.   That is when we came up with flying Parade Flags along our street to Salute our Troops and to raise money to help injured Veterans.  Move people by a strong show of Patriotism in support of our Troops. Our country needs this and so do our Troops.    For a $25 donation, people could dedicate a flag with an inspirational message written on an attached yellow ribbon.

Our first Salute was 3 ½ months after the convention during the week of July 4th and raised a little over $13,000 with over 500 dedicated flags flying along our street.  It was an amazing sight to see!  A  reporter for the local paper drove by and called us for an interview, not because we sent out a Press Release (which we did) but because she drove by and was inspired by the sight of all the flags.  After that the salute grew on its own.  The next year we switched the display to Veterans Week and other clubs joined in our salute such as the Hockessin Athletic Club in Delaware, The Claremont Club in California, and the Greenwood Athletic Club in Colorado plus others.    Over our first 5 years we have directly raised over $100,000 for the Wounded Warrior Project, Operation Homefront, and the Wounded War Heroes charities plus much more on a national level with all the other clubs’ salutes.  This is one of those few fundraisers I have seen where the employees, members, sponsors and the community get behind the event.  People thank us and are proud to be a part of it.  They are moved by the sight of now over 700 flags flying annually in support.  We had a new member last year write us a very moving thank you note for supporting the Troops.  She had just moved here with her husband who is in the military and was deployed and this display showed that our Community supports all that they do and sacrifice for us.  She felt alone in a new area, but not after she saw this.  She has since joined our Team here at Stone Creek.  This is what this salute is all about!

Check out the video here. 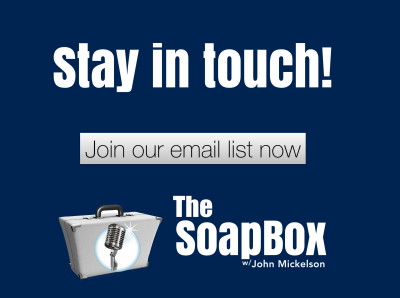